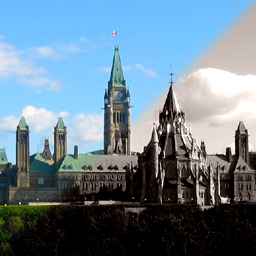 Are the connections between politics and the private industry sane or insane?

Many people say that political parties are funded by the private sector. This is why parties are biased in their political decisions and they respond sometimes to private interests before democratic interests.

An event drew my attention about the connections between the politics and the private industry. On October 8, 2013, the businessman Paul Desmarais died. At the funeral and at a memorial service, several people from the political sector came to the events. When people go to a funeral, it’s because they have a connection with the deceased person.

Several critics have already been recorded concerning Paul Desmarais and his connections with the politics. It’s not a surprise to see so many politicians at the memorial ceremony.

Finally, are the connections sane or insane? The problem of corruption is an insane connection. What we see as corruption in the media already represents a visible part of insane connections. It’s impossible to represent properly the other connections that are not visible. What is certain is that people from the private industry have financial interests to see some political parties being elected rather than others.