From May 26 to 28, 2017, the first Montreal Electric Vehicle Show was held at Place Bonaventure in Montreal (a first in Canada). I attended the show in order to better know the options available to me for my next vehicle and also to inspire me for my electric racing car game: Super Green Rally. Here is my relatively light report of what the show presented and also my overall market assessment. 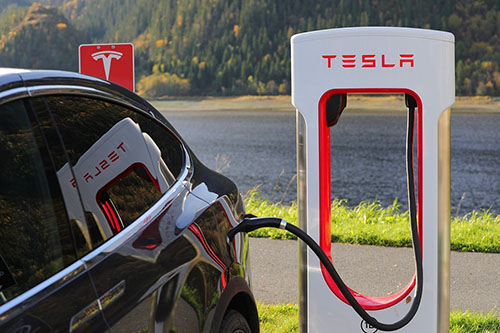 Since the creation of Tesla with its innovative and technologically advanced electric cars, several car manufacturers have followed by launching their own models of electric cars afraid of losing the market. Although still marginal, a race is well underway for the car of tomorrow to be 100% electric.

Based on the comments, there is actually a strong interest in electric vehicles. It may not be so much an interest in the vehicles themselves, but for the benefits they provide. The majority of people are mad at oil companies for immoral practices and the electric vehicles are a way to take the control for a change to a better world.

Right now, electric vehicles are something relatively new. It’s a market in full effervescence. There really is a great educational work to be done.

Change of mentality and change of lifestyle

Driving a 100% electric vehicle requires a change of mentality. Those who have an electric vehicle and who travel on long distances must absolutely know the locations of the charging stations. There are several mobile apps for this. The charging time is still relatively long. We often mention of 80% charged within 30 min on the quick charging stations. Sometimes it’s better to stop twice on a trip to partially charge instead of trying to charge 100%. Driving a 100% electric vehicle requires more break times. If we really want to maximize our time, we have to change our mindset. It’s not just about planning the trips, but also planning our time differently in some cases.

There are several charging networks. Unlike putting gasoline, the driver has to be a member to charge electric. It’s different. The infrastructures for the charging stations are minimal compared to the gas stations.

Available vehicles and other innovations

The show also featured an electric motor for small pleasure craft (for fishermen for example). There was also an electric recreational boat that had been converted to electricity. Other types of more industrial vehicles for work in enterprises were also presented. There were also several models and manufacturers of electric bicycles.

There are also companies that are beginning to specialize in electric car mechanics.

Offers for used electric cars or imported from the United States were also offered. It’s a proof that despite the marginality of this market, there’s a certain maturity that is developing.

Who are the electric cars for?

Plug-in hybrid: It’s an interesting option for those who want to keep the same benefits and lifestyle as a gasoline car. Models like the Chevrolet Volt keep the same advantages as 100% electric cars in terms of autonomy, but only for a few tens of kilometers on the electric mode. Unfortunately, plug-in hybrids cannot accept the quick charging like the 100% electric cars. The charging aspect is mainly conceivable at home before leaving or when the car remains connected for several hours at a destination. This type of charge is not made for travel.

General advantages: 100% electric cars and plug-in hybrids offer advantages. For example, the use of reserved lanes and free passage on certain tolls. This can be a considerable advantage for some people. However, this incentive is more likely to disappear when cars are mostly electric.

Traveling electric: For those who plan to travel across Canada or the USA with a 100% electric car, this can be problematic. The network of charging stations is more developed in Quebec and is beginning to be in Ontario. Concerning the United States, I’ve been told that charging stations are often available at the stores as an incentive to attract customers. It’s not like putting gasoline as described above in the change of mentality.

Selection of the manufacturer: There’s also a network of charging stations from the company Tesla. I was told that these charging stations are only accessible to Tesla’s vehicles. This makes one think of the pros and cons of buying a Tesla or other 100% electric cars.

Why change and how?

Obviously, we have to change the way we do things. There are still several billion dollars in subventions given to oil companies. It’s very absurd to see these sums when we see the gaps in the network of charging stations.

I noticed that plug-in hybrids seemed to have a smaller space inside the car. Since there are two systems (an electric motor, a gasoline engine, a fuel tank and batteries), it’s normal that the passenger space and the trunk space suffer. That was an impression I had.

Furthermore, the purchase of electric cars helps companies to develop the market. To have more attractive offers, there must be a strong demand.

There’s also the fact that several electric vehicles are subsidized by the government. The subsidies varied widely by country and province in Canada.

Furthermore, governments need to invest in the networks of quick charging stations and also in the access to these networks and to supervise the development of the networks. At the moment, it seems to be lacking some vision to make the charging solutions more universal. Porsche has announced the Porsche Mission E which will come out in a few years with a quick charging to 800V, but the infrastructures will not be present. Considering the market being still very young, it’s difficult to know what will be the common solutions in a few years when vehicles even more performing are released.

Price drop for cars: The 100% electric cars whose autonomy is comparable to gasoline models are still too expensive. This is mainly due to battery costs. As long as the production of cheap batteries is problematic, cars will be expensive. In addition, the batteries use lithium and it’s not certain that the world’s lithium resources will be enough to produce all the batteries. At least there’s research for alternatives and also several solutions are already announced soon.

Better battery life and better battery charging time: At the moment, private companies are doing a good job in finding solutions for better batteries. The battery life stops several consumers from buying. People are accustomed to the ease of putting gasoline in a vehicle. We need to have solutions that compete with gasoline.

Better offers from parts suppliers: This factor is not often discussed. Even if we all wanted to buy 100% electric vehicles today, the raw materials and parts are not available. The car manufacturers need their suppliers to adapt. This takes time.

Diversity of vehicle types: The 100% electric vehicles are mainly cars. There are not many offers of sport utility vehicles, pickup type or 4×4. Yet these models are very popular. Models in these categories have already been announced.

Simplification of technologies: If the solutions are too complex, customers will be lost and turned off. Simplifying the access to solutions has often been a success key for many companies. We must have a better vision of the direction to develop the market of 100% electric vehicles.

Although there’s a strong interest, we are at the beginning of a big change and there’s still a lot of work to do before seeing the majority of people switching to a 100% electric vehicle. This is a very young market and the number of vehicles is very limited, especially in larger vehicles such as sport utility vehicles.

A competition is already well established among several manufacturers to develop better vehicles, better batteries and other technologies, which is driving the market forward. Buying an electric vehicle, or plug-in hybrid allows to support research.

Right now, the 100% electric car is not better than the gasoline car. It’s different. It’s still disadvantageous on several points and also more advantageous on other points. Considering our dependence to gasoline, a 100% electric car can be an excellent choice as a second car for a household, but can also be an excellent choice as the only car for other consumers with the corresponding lifestyle.

What blocks consumers is mainly related to the autonomy of the car, the cost and the possibility of charging during the journeys. As long as there are no better batteries and charging solutions, buying a 100% electric car will remain marginal.