Several Syrian refugees have been housed in several countries during the last months. Generally, citizens are in favor of housing the refugees. However, the impact of housing refugees has not been discussed in a strategic way. There is obviously a cost to this housing. 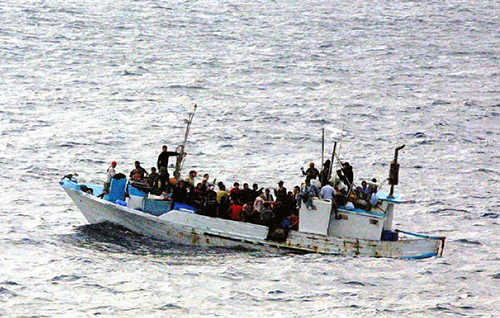 The sad reality of refugees trying to escape the war in their country. Very often, they take big risks to find a better world.

The housing of refugees has a cost

The government doesn’t say that other areas will get less money. The reality is that there is always 100% of the budget invested. If we want to get more money in one area, we have to move it from other sectors.

There is the question of choices. In a society where all people are constantly asking for more money in all sectors, it’s impossible to meet expectations without making cuts. Therefore, there’s a choice to make about priorities.

Could the costs be an investment?

Question of choices and options

Richer countries feel they must help the citizens of poorer countries. This appears to me to be the only option to change the fate of countries in need. However, the help can take many forms. Housing refugees is an option. In the context of the Syrians, we know that they are fleeing the war. Countries could also fight the war to eliminate the source of the problem and to ensure that refugees don’t try to leave their country. Right now, there is the housing of refugees and also the war.

Helping certainly includes costs. Whether it’s housing refugees or participating in the war to eliminate the problem, the costs are significant. These costs imply that we cut in other sectors of the society. No matter which option is favored, we have to house the refugees for the immediate needs and also act in the long-term in the countries of the refugees to cut the source of the problem. Both measures are necessary. The big question now is probably more about balancing everything for helping others with the financial resources that are always an issue in every sector of our society.