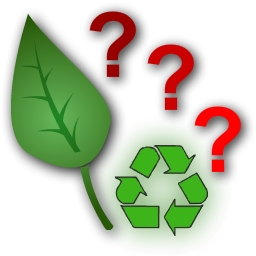 Are we more environmental than before?

Many people believe that we are more environmental today than the previous generation. It may be an illusion. Before thinking that we have improved our relationship with our environment or the nature, read on and you might change your mind.

We now have hybrid and electric vehicles to replace fossil fuels. We invented the recycling instead of throwing our waste and bury them. The pulp and paper industry no longer dumps their chemicals into rivers. We are coming back to an agriculture more organic and pesticide free. We are currently developing several alternatives with renewable energies. Even if all these problems are important, there are many other problems which we do not talk about and that might be worse than the problems of past generations.

There are positive changes happening. People think that things are getting better. Wrong! We talk very little about the new phenomenons that pollute the environment. Our perception is biased. There are several problems that we are recognizing that are probably worse than the ones we are solving.

Here are some issues that are less well known or whose impact is underestimated.

Species conservation: Never, there were so many endangered species. This includes animals and plants. Several species no longer live in the wild and they absolutely need the help of humans to continue to survive. The reason is mainly the destruction of natural habitats such as deforestation. Several migration corridors have already been destroyed by humans. This is mainly due to a problem of overpopulation.

Light pollution: The lights of our large cities affect the migration of birds. A large number of bird species are already endangered and the light pollution increases the threat. In addition, it appears that urban lights near beaches where marine turtles reproduce would affect their survival. Turtles would have orientation problems during birth, which reduces their chances of survival.

Genetic Engineering: This is the sector of genetically modified organisms (GMOs). This is a very controversial area. This is a way to play God by changing the properties of plants and animals. Several plants genetically modified could be harmful to humans. For example, causing cancer. GMOs could be one of the worst sources of pollution that man has created. Why? Unlike a pollutant such as oil which disappears after several years, GMOs, once introduced into the environment, will continue to reproduce. They can dislodge endemic species and cause major problems. For example, pollen from genetically modified plants has killed butterflies and bees. At the moment, this area is booming.

All these problems are caused by human activity. It is obvious that we need to change our relationship with the environment and the impact of our technologies.

We can develop better technologies, however, for the problem of overpopulation, we cannot take human beings off from the planet. We occupy a much larger territory that we should.

The private industry and politic rule the world. Political parties are often close to the private industry. In such a context, it is not surprising that governments do not react quickly to the recommendations of environmentalists. It is essential to get new governments with a better attitude. Think about the time it took to governments to recognize global warming. It took decades. How long will it take to recognize tens of environmental problems?

We absolutely need to be visionary and react before the consequences affect us. The first problem is the recognition of these problems and potential problems. We must then find solutions and ensure support from the government.

A key point is to be able to answer the question: “What impact is this new technology going to have on our planet?” We must set standards to limit the implementation of technologies. Slower, but safer.

We have polluted during decades. We finally understood the impact of our technologies. Today, we believe that we will live in a more ecological way because we are implementing solutions to end this cycle. People do not seem to realize that we are starting other cycles of pollution. The reason is that we do not see yet the consequences of these new technologies.

To avoid repeating the same pattern with new technologies, a change of attitude is needed. We can do it with a recognition of the above facts and a great social movement. It takes a revolution.