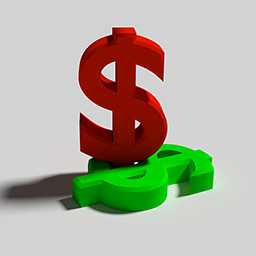 Buy on credit without paying a penny for a year! Is it really a good thing?

Several companies offer to make purchases on credit without paying for a year. Is it something that helps or harms consumers? The credit has become easier to obtain and the debt ratio of North Americans has also increased.

A measure to attract consumers

In the North American society, people buy a lot on credit. Very often, they buy goods or services on credit they could not afford if the credit didn’t exist. The credit allows people to buy a lifestyle more quickly.

The problem of credit

Most of the time, credit comes with interests. Many people will pay more, once their good fully paid, because they pay interests on payments over several months. The reimbursement can be well managed with a good budget planning. It doesn’t necessarily represent a big issue.

There is a more subtle problem. When companies offer their customers to pay only in a year, the customers do not see their debt. For example, people buy a pool or a couch and enjoy it for a year without paying. Meanwhile, they continue to buy on credit because they are accustomed to this kind of lifestyle. They pay their credit card and a year later, the payment of their superficial purchase just comes up to the surface! The credit card is suddenly charged for several years with an extra amount.

Do you know many people who buy on credit without paying for a year to grow that money in a bank account? Usually, people seem to be using it to get themselves other things.

Buying a vehicle on credit when we have a job is a sensible thing. In other cases, the credit has become so ridiculous that it allows people to buy goods on credit they would buy in a single payment. Think about this coffee machine that costs $100 and paid in 36 installments with the interests. Frankly, if you are not able to afford the coffee machine in a single payment, do not buy the machine.

In general, the credit is a good thing in my opinion. It requires education and isn’t for all people. If you buy on credit, you should start reimbursing in the following month. The negative effect of reimbursing a year later makes people think they have more money to spend. It gives the impression that they have no debt and live beyond their means. It isn’t surprising to learn that the debt ratio has increased significantly over the last years.