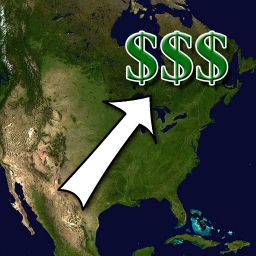 During several years in Quebec, Mexicans have come to work in the agricultural sector. These people leave Mexico and live in Quebec for a few months during the time of employment. Some work for picking vegetables while others work for packing Christmas trees in the late fall.

Many people find paradoxical that we hire Mexicans in Quebec to occupy agricultural jobs when many Quebecers want to work. They can be either on unemployment insurance, welfare or even homeless.

The question many people ask: “Why are foreign workers coming to Quebec when there are plenty of local workers who do not work?”

At first glance, it can be hard to understand.

The government is responsible for managing the employment sector. It seems that the hiring of foreign workers and reintegration of unemployed people are separated.

Yet I have seen people of Quebec in rehabilitation working to pick vegetables with a social organism. They were supervised and had a chance to return to other jobs in the future.

Another taboo subject. Many people live on welfare during many years and have the physical and mental ability to work. For these people able to work, we may tend to think they do not find a job. Yet there are jobs available that are occupied by Mexicans each year.

What solution would be appropriate?

As I said above, the government is responsible for managing the employment sector.

I think it would not be appropriate to force workers such as engineers or other highly skilled positions to work in the agriculture. However, many unskilled workers are looking to work. It could be a job opportunity for these people to get support from the government based on available jobs.

In addition, we seek sustainable ways of reintegrating homeless without having them falling back to the street. There is already a problem of funding to help the homeless. Just a few months of working could pay them a tiny room and food. About the equivalent of a basic student housing. This is a huge result for people who spend their days on the street and become a burden for the society sometimes. The hiring of local workers in agriculture could serve as a measure of reinstatement.

The government must establish a formal program to help the poor people who can still work before allowing the hiring of foreign workers, particularly in unskilled sectors.