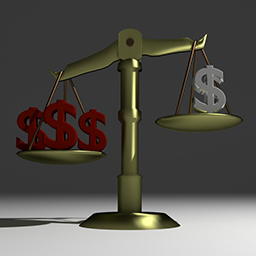 Is justice for sale?

You will not see any price on the application of a law. However, if you are prosecuting someone or if you are sued by someone, you have to spend money. We’re supposed to have a justice system. Money is a part of life that is not fair between individuals. The first quality of justice is to be fair. Is it fair for individuals to have a different capacity to prosecute or defend themselves?

A famous case in Quebec is the one of Claude Robinson against Cinar. Claude Robinson had to spend hundreds of thousands of dollars to prosecute Cinar. This represents an enormous amount of money for most people. Meanwhile, Cinar spent a relatively low amount for a company to defend themselves. This looks a lot like  David against Goliath.

To better understand the principle of justice for sale, let’s compare with the following example. When someone goes to the store, he must pay for a good or service. It’s the same in the justice system to be heard. In many cases, if you don’t pay a fee to file a lawsuit, you don’t have the right to be heard.

The access to justice is extremely unequal between individuals and businesses with different finances.

One of the fundamental principles of a true system of justice is that rights are not redeemable for cash. Because it demands unequal and unfair amount of money to individuals, the justice system is the worst injustice of our society.

Finally, is justice for sale or not? If you don’t pay, you cannot prosecute or perhaps even defend yourself. In addition, depending on the amount spent on legal fees, your chances of winning your lawsuit could vary greatly. So, no money, no rights.