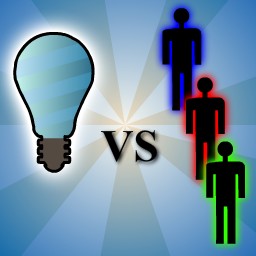 We often say that the society is evolving, but how? The evolution involves changes that are often recognized as innovation. Unfortunately, these innovations are not proportional in all sectors of the society. For example, for about 50 years, the conquest of space has made giant strides. We are now able to explore the planet Mars with robots. However, we are not more able to prevent people from becoming homeless than 50 years ago. Although today there are more organizations that protect human rights, it is in situations like these that I think there are no meaningful social innovations compared to technological innovations.

Why is there so much contrast between the social and technological innovation?

You have probably heard that money drives the world. We live in a world focused on the economy. Many people invest their money directly or indirectly in companies. With these investments, companies do research and development to remain competitive. These technological advances allow to take the lead and make more profits. If you make a good investment in a company, that will get you a lot of money.

In comparison, if you invest your money at the social level, you may lose it. Most people want a return. Nobody will invest in homeless or dying people.

I also believe that much of the social aspect is managed by the government. Unlike the private industry, the government does not think to innovate, but rather think to manage problems.

Is it possible to invest in the social sector as we do in the technology sector?

Frankly, I do not think so. We live in a world focused on the economy. If you do not have a good job or simply no job, you will probably not be part of the society. We exchange our time for money. This is not a bad thing, but that works from the moment when all people have adequate jobs.

In addition, the social aspect is primarily the job of the government when it comes to implementing social services. The democratic government is composed of political parties that are often elected for a few years with four-year terms. It is very hard to have a long-term vision and to make it reality. The non-profit organisms are founded by people who are not part of the government and have a long-term vision. Their mandate is often the life project of the founder. It could become possible if the government invested more in social non-profit organisisms that are independent of political parties.

Finally, what should we do?

I am not going to change the world here, but we have to start somewhere. The key is in your hands. Wherever you are in the society, there is always something you can do for someone regardless of the monetary factor. I also think that in the long term, we must change the government model.

The best solution at this time is your social involvement. Share your vision to the world: why you think the world would be better if we did things differently. Like the vision I have with my blog, I think we need better models to develop the society. In short, I believe that social innovation occurs through volunteerism and involvement of people who believe in a better world.